With over 25 years of experience in the field and across the U.S., USA FIT is bringing its proven marathon and half marathon training programs to YOU! Our groups and schedules were created to work for EVERY ability level and have successfully helped several thousands cross the finish line in major cities like Houston, Vancouver, Portland, San Francisco and Reno. Discover what makes our training experience unique and valuable, and join us in Denver to finish a marathon and change your life!

What makes our programs better than others?

Started in 1989, USA FIT is the originator with almost 30 years of training experience. We’ve impacted thousands of lives through walking, running, and accomplishment!

The Experts in Running & Walking

We know a thing or two about training for a 5K, 10K, 10M, half marathon, 20M, or full marathon. We remove all the guess work out of training, and help more experienced runners improve.

Our members are enthusiastic and it’s contagious! Meet new teammates who may quickly become beloved friends…you’ll be amazed by the support and encouragement you’ll receive from the USA FIT family.

USA FIT members enjoy a lot of SWAG! Every chapter varies, but expect to receive a free training shirt, and free or discounted services, food and events! Our sponsors and partners are second to none!

See what some of our clients have to say

A friend from work and I did a half marathon and trained on our own. The next logical step for me was a marathon, but I knew I wouldn’t be able to train by myself. I went to the first training run of the season and never looked back.

The program works really well for people who are busy and may not have time to run
several miles during the week as some training programs require. The program is also very forgiving. There is always time to catch up again.

The group welcomes you no matter what kind of shape you are in when you start.
Whether fast or slow, the focus is on doing your best, achieving your running goals, and
staying happy and healthy.

I moved to Denver from Massachusetts in June of 2015 to join a startup. I was in the middle of training for my Boston Qualifying marathon and found USA FIT Denver online. I emailed them and they were immediately welcoming.

My main goal was to find a group of new people with similar goals that would get me out of my apartment and help me train.

I use the program to keep myself grounded and to stay on track. Since joining USA FIT Denver my goals and fitness levels have varied from season to season.

My first season I leaned heavily on the USA FIT program to qualify for the Boston Marathon and achieve several personal bests for my marathon times and half marathon times. With this training as a baseline, I slowed down but built myself back up for back to back marathons and ultra-distances, including several 50-mile races. I am currently attempting my first Leadville 100.

I say the program helps me stay grounded because it really focuses on training safely. I have put together some over-eager training schedules that ended up being unrealistic with the amount of time available to train. This program focuses on quality training and helps provide knowledge to our members to keep them injury free for as long as possible.

My favorite part of the season is the second half. The runs start getting longer, the weather is hotter, and it’s exciting to learn how to cope with those challenges. It is easy to start skipping runs at this point since the time commitment starts to increase, but the group helps to keep yourself accountable.

We have all had difficult runs, where either we don't want to start, or things just don't go as planned but being able to look around and train with people going through the same things helps ease that burden. I really enjoy the 18- and 21-mile benchmark runs during this second half. It is very exciting to see our new runners tackle these for the first time and our returning members logging another major run.

Additionally, I really appreciate the social aspect of Denver FIT. We are an accommodating group that likes to help each other attain our goals, whether it’s a personal best half marathon, a Boston qualifying marathon, or working towards someone’s first trail race.

We have members with a lot of experience to learn from and members that are working towards their first race that bring new perspectives.

The USA FIT Denver program and our USA FIT Denver community really help me stay on track for smart, attainable goals that are still challenging and greatly rewarding.

When I was 22 I was injured while playing basketball and had to have a serious operation on my knee. At the time my orthopedic surgeon said I would have trouble with my knee sometime between the age of 55 to 60.

In my 40s I injured my hamstring running rather badly and stopped running. I quit running for 10 years and ballooned up to 285 pounds (I’m 6’2”).

Three days later I participated in my first racewalking clinic and was hooked.

I heard of USA FIT Denver through word of mouth. My daughter was one of the marathon coaches at the time and told me about the racewalking (and the power/speed walking) program. I joined in 2003 and have been a member since.

I’m a goal-oriented person so setting out awesome challenges beyond just exercising was essential. Being with others made the rigors of training so much more tolerable. After training on Saturdays, we always have coffee and/or breakfast together. We talk about training but because we’ve become friends over the years we also catch up on each other’s lives.

In 2013 I became the walking coach when the previous coach retired. My two favorite parts of the season are the beginning when new people join, and then when group members select races, they want to participate in.

USA FIT DENVER trains walkers for 5ks, 10ks, half and full marathons. Because the average age of our walkers is 61 many prefer not to do a half or full marathon, so we offer training for 5k and 10k races. It’s important to have a goal to train towards, rather than just training for training’s sake. The shorter races are more feasible for some of our members and they enjoy doing them together.

One of the most motivating aspects of USA FIT Denver is the camaraderie and training weekly with other people who have similar goals. People in the walking group train at an acceptable pace for themselves yet challenging aerobically: some members train at 13-minute pace and others at an 18-minute pace. We encourage people to partner up with someone of similar ability.

Once the training season is over, many in the walking group continue to meet and train – we can’t afford to not train for six months! Some in our walking group have been together since 2003 and new people join each year adding to our numbers.

I switched to racewalking because it is a low-impact endurance sport and has much less joint impact on ankles, knees and hips. So much of health research says being active 30 minutes to an hour a day is the best “health pill” for good health and a longer life. Brisk walking is essential to achieve an aerobic effect which benefits your physiological, neurological, and psychological wellbeing.

If people are interested in losing weight, racewalking uses 15 percent more calories than running because of the hip movement required. More muscle is demanded for racewalking. I lost 100 pounds through diet and exercise — racewalking — and I’ve managed to keep the weight off.

I currently train 4 days a week and cross train 2 days a week. My current goal is to complete a half marathon in all 50 states. As of mid-March, 2019, I completed state # 49 in Hawaii. Once I complete a half in all 50 states plus Washington D.C. this year, my next goal is to do a half marathon in the 10 Canadian Provinces. My first Canadian race will be in June in Sherbrooke, Quebec.

My husband and I have been participating in Denver Fit for 5 years.

When we were thinking about joining a group, we were looking for exercise guidance and a training plan. Mike - our Coach - has been great. He has helped us complete our half marathon goal by providing weekly training plans and fit and form guidance.

We look forward to our weekly group training sessions on Saturdays -  not only for the exercise but for all the new friendships we have made.

I joined USA FIT in 2018 for the first time at the ripe age of 59.  I was preparing for the Chicago Marathon.  USA Fit helped me with my continued weight loss of 40lbs (178 lbs to 138lbs), reduction in my blood pressure medication as well as halting the slide into diabetes.

Enjoying the support and camaraderie with other runners got me thru the training.  I loved running those early long runs with others.  Matt, Liz, and Melissa were great coaches in the finest sense of the word because they ran along, encouraged and gently taught me the finer aspects of running long distances.  They even helped me figure out the hypoglycemic bonk around mile 12!

I finished the Chicago marathon in 6 hrs and 31 minutes without injury and with the ability to still walk and go upstairs!   My 26-year-old son and his wife also ran and completed in 5 hrs.  So not too bad for a nearly 60 yr old beginner runner.

This next season, I plan to join again.  My running goals are simple:  stay fit and strong.  USA FIT will help me with these goals.

My name is America. I am Denver FIT.

“My friend wanted to check “marathon” off her bucket list and asked me to join her,” said Paz. “I had never done anything like this before and kept showing up to support her even though I hadn’t planned to actually finish the program.”

After every long run, the sense of accomplishment kept Paz coming back. After reaching her goal, Paz continued training on her own but then returned to USA FIT Denver.

“Training alone was hard. With USA FIT Denver, you never run alone. There is always someone that can match your pace and the coaches are very supportive. It’s more like running with a friend than a coach,” said America.

America says she keeps coming back because the program works.

“Anyone can do this. I started because of my friend, but now I’m doing it for me.”

Training tips, runner stories, and more in our blog 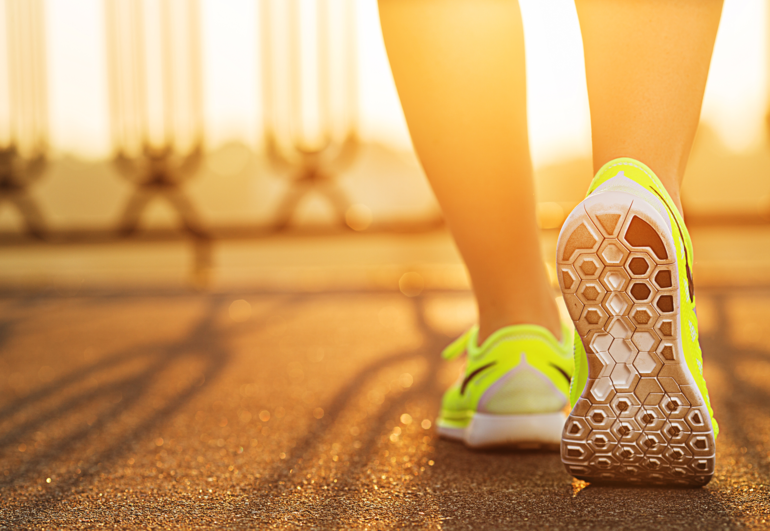 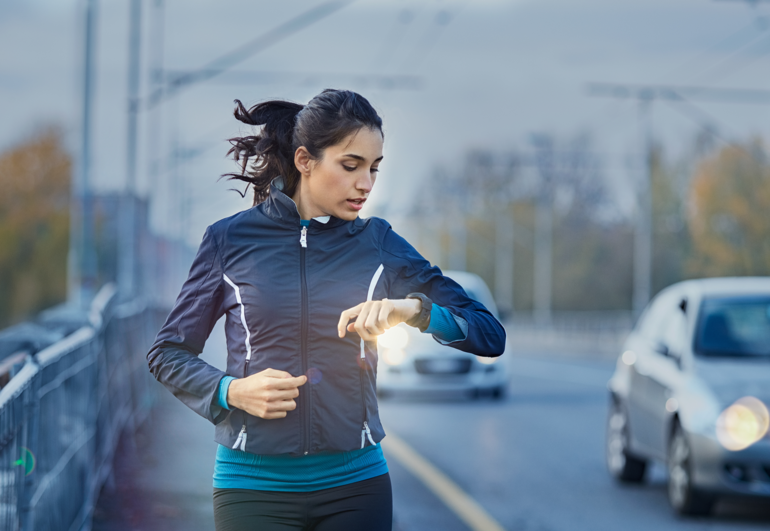 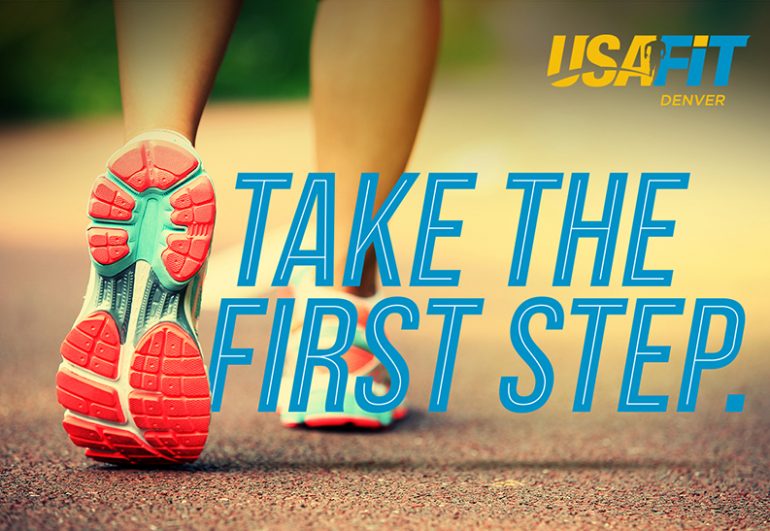 USA FIT Denver is Ready For You!

USA FIT Denver is ready for you! Training for a marathon is more fun with friends than doing it by yourself! By training for a marathon with a group, you are more likely to stay on schedule, complete milestones, and achieve your goals. Join us for the 2019 season as we train for our next races together. Your coaches and Continue Reading